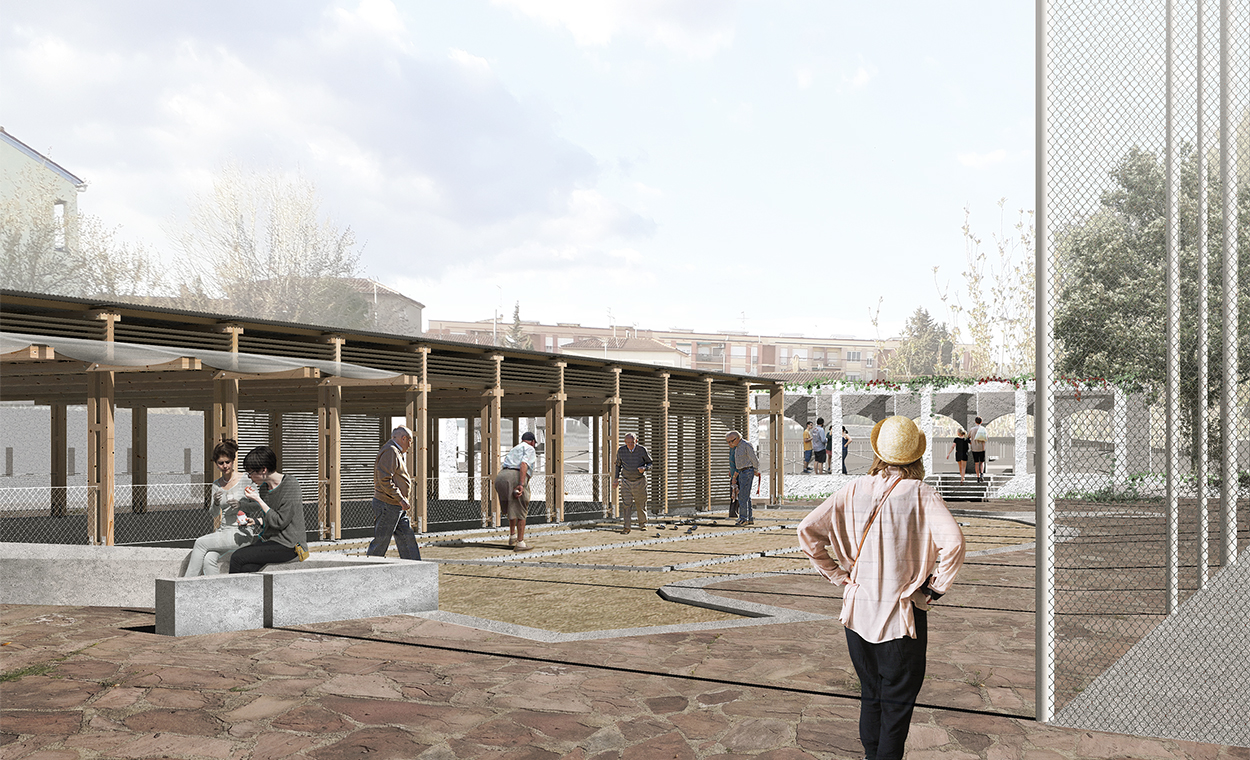 
The neighbourhood of “Nostra Llar” is a very singular low-density urban tissue in the middle of the city of Sabadell, in the region of Vallès Occidental. Built in the 1950’s by the owner of the textile company of “ARTEXTIL S.A.”, Garcia-Planas decided to provide his workers with a well-equipped residential area: two-storey houses with garden, a church, a school, two parks and an entertainment area with a swimming pool. The neighbourhood has stayed unaltered by the pass of time throughout all these years, with the excpetion of the swimming pool, which was abandoned years ago. Recently it has been bought by the local government, who decided to contact the Architecture School of Vallès in order to brainstorm on how this forgotten equipment could be brought back to life as a sport facility. 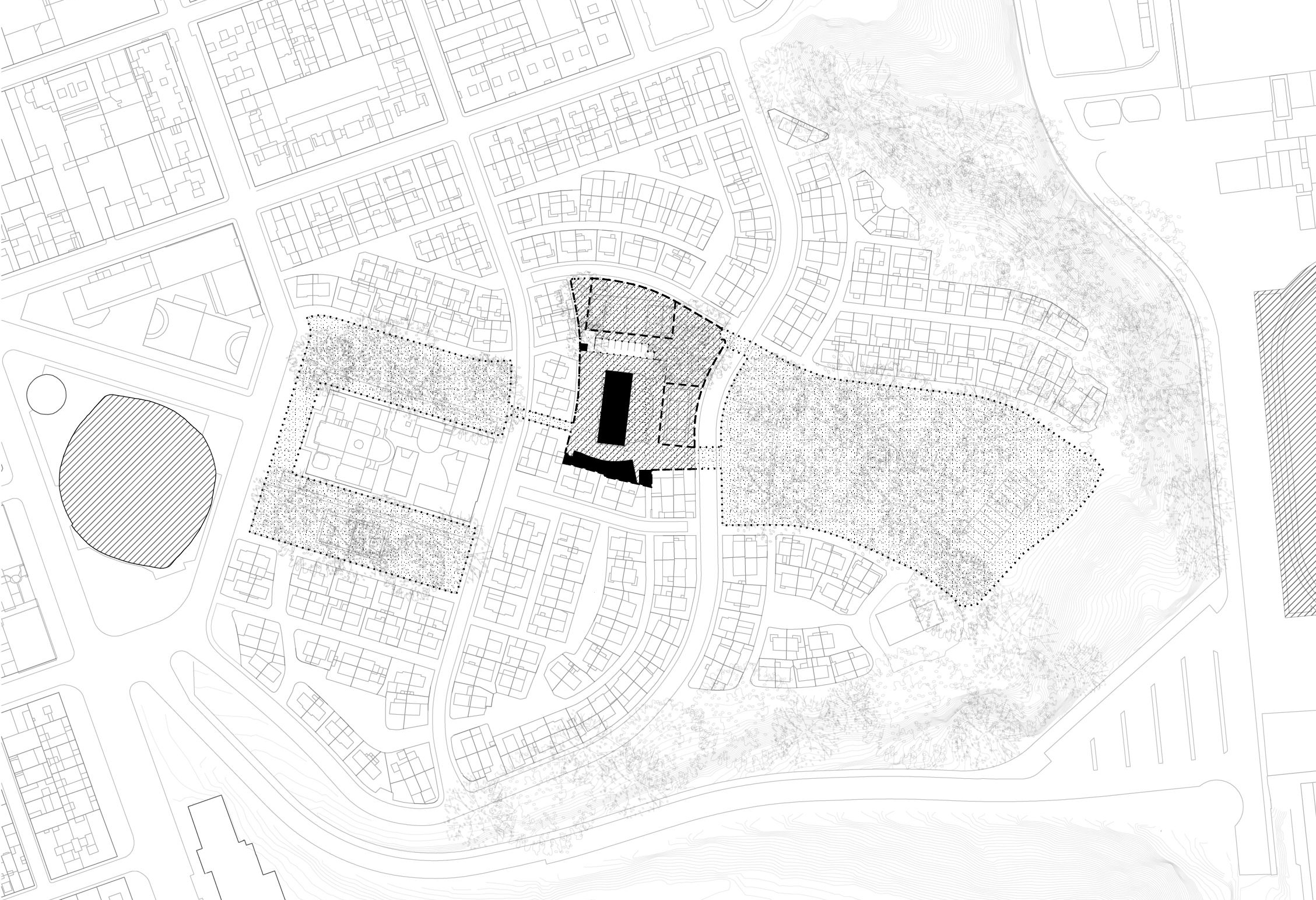 The initial situation presents the challenge of having to deal with two agents that, at first glance, have divergent views of understanding how the swimming pool area could potentially be used. On one side, the local government sees the reopening of the space as the opportunity of offering a new public sport facility to the city of Sabadell. Therefore, they understand that it has to become a completely opened space by demolishing all the fences that surround the perimeter. On the other side, the “Nostra Llar” neighbours – with who we made collaborative design sessions throughout the process – want to preserve the essence and identity that the swimming pool always had. This means, to maintain it as a sheltered and silent place where all the community meets. 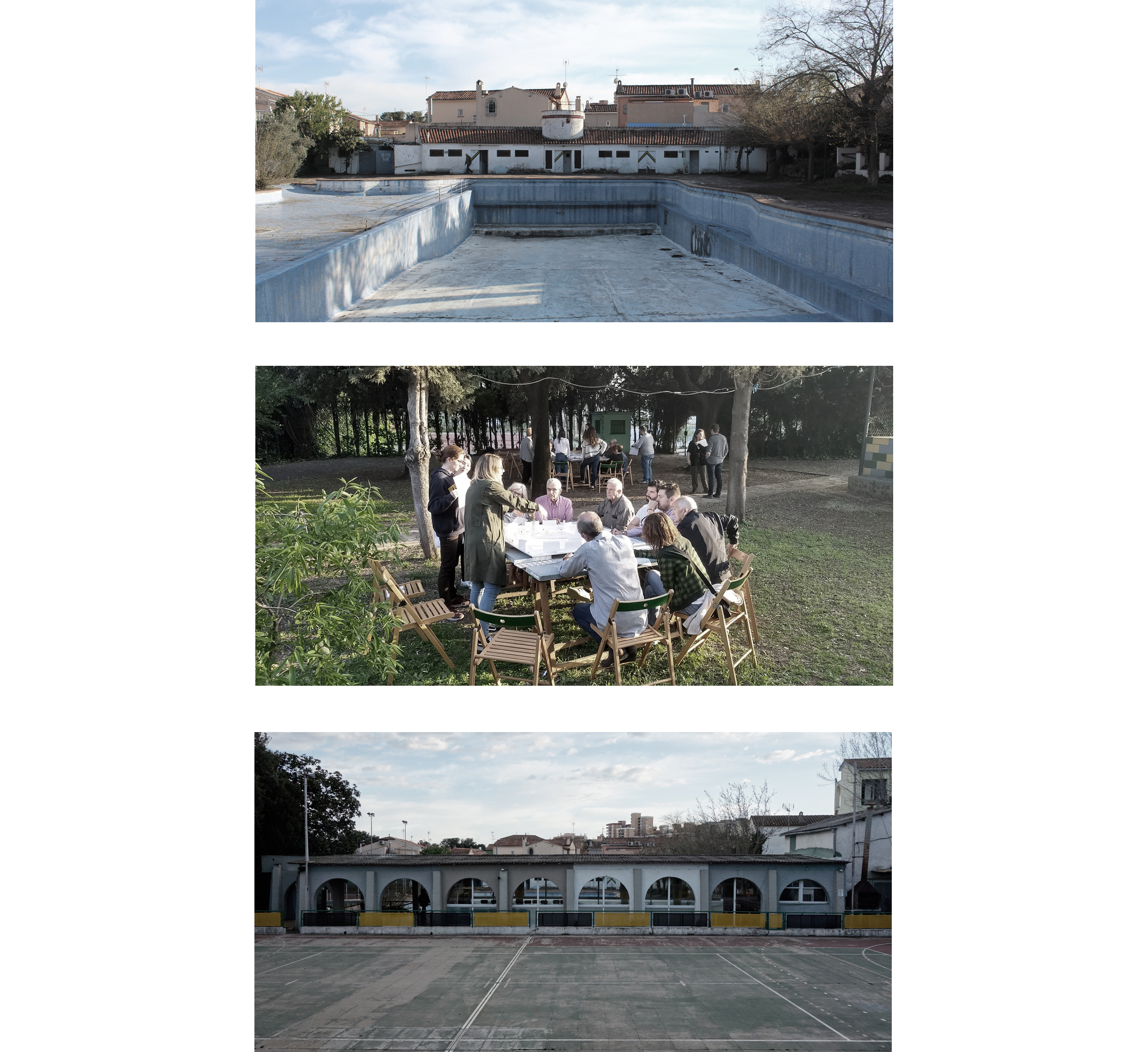 The project proposed is as an hybrid solution which, at the same time, has to face with one of its main determining factors: there is only a 500.000€ budget for all the intervention or, at least, for the initial phase of it. In this sense, the first decision is to cover the swimming pool with a light wood structure and, at the same time, to make the pool base accessible through a series of concrete ramps and staircases. By doing this, we obtain a generous space in order to place all the new sport activities - a multipurpose facility – by profiting from the existing pool structure but never forgetting that there is still an emotional link to the past. 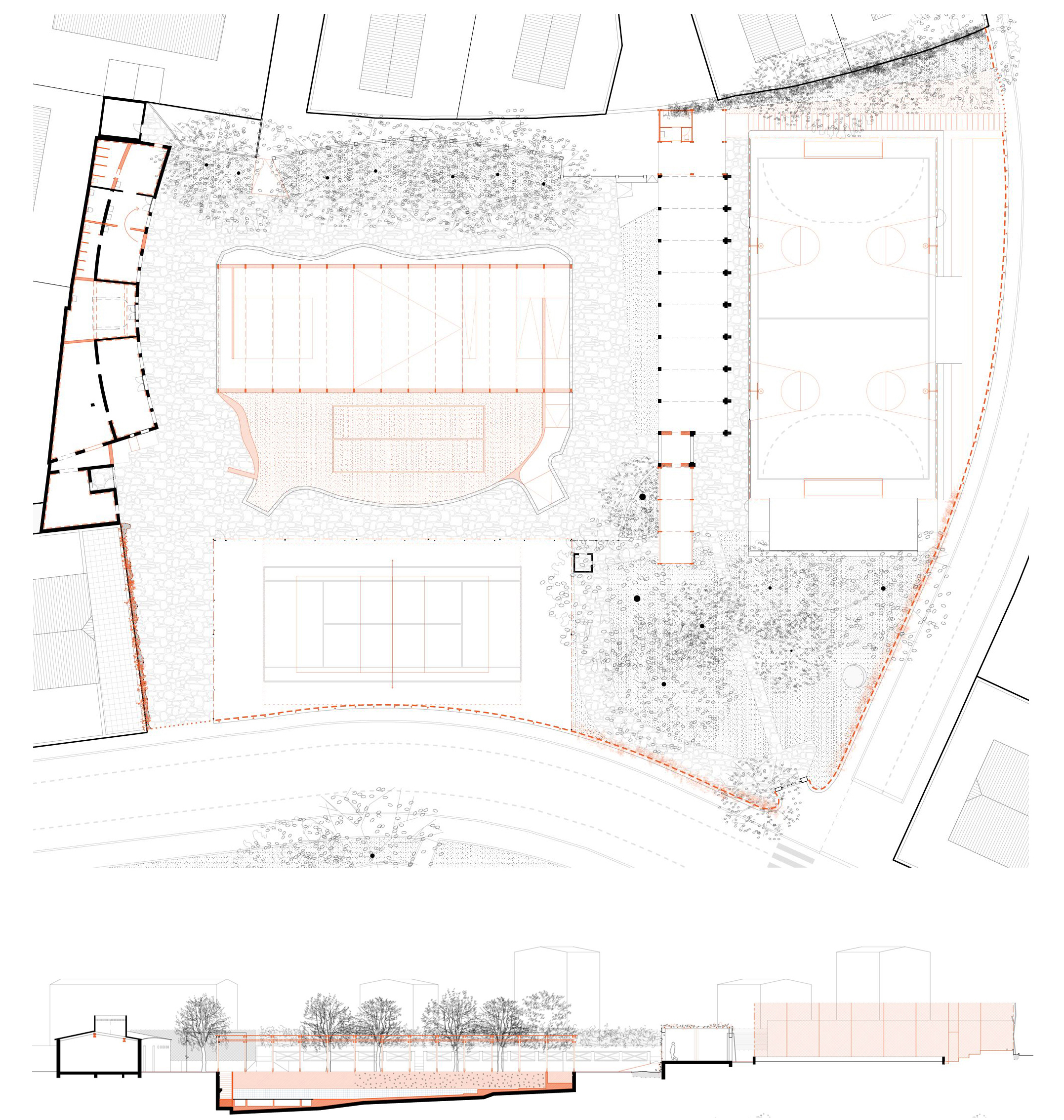 Concerning the new wood roof structure, it is proposed a porticoed structure that is uniformly supported on top of the swimming pool walls, never exceeding the original load of the water. The combined use of small-sized cross sections allow to save a great span by using a structure that doesn’t have a great visual impact and is in accordance with the proximity of the place. The double layered trusses permit to place the different materials in the optimal way so they can present a very efficient performance in terms of acoustic comfort, heat dissipation, thermal insulation and water protection. 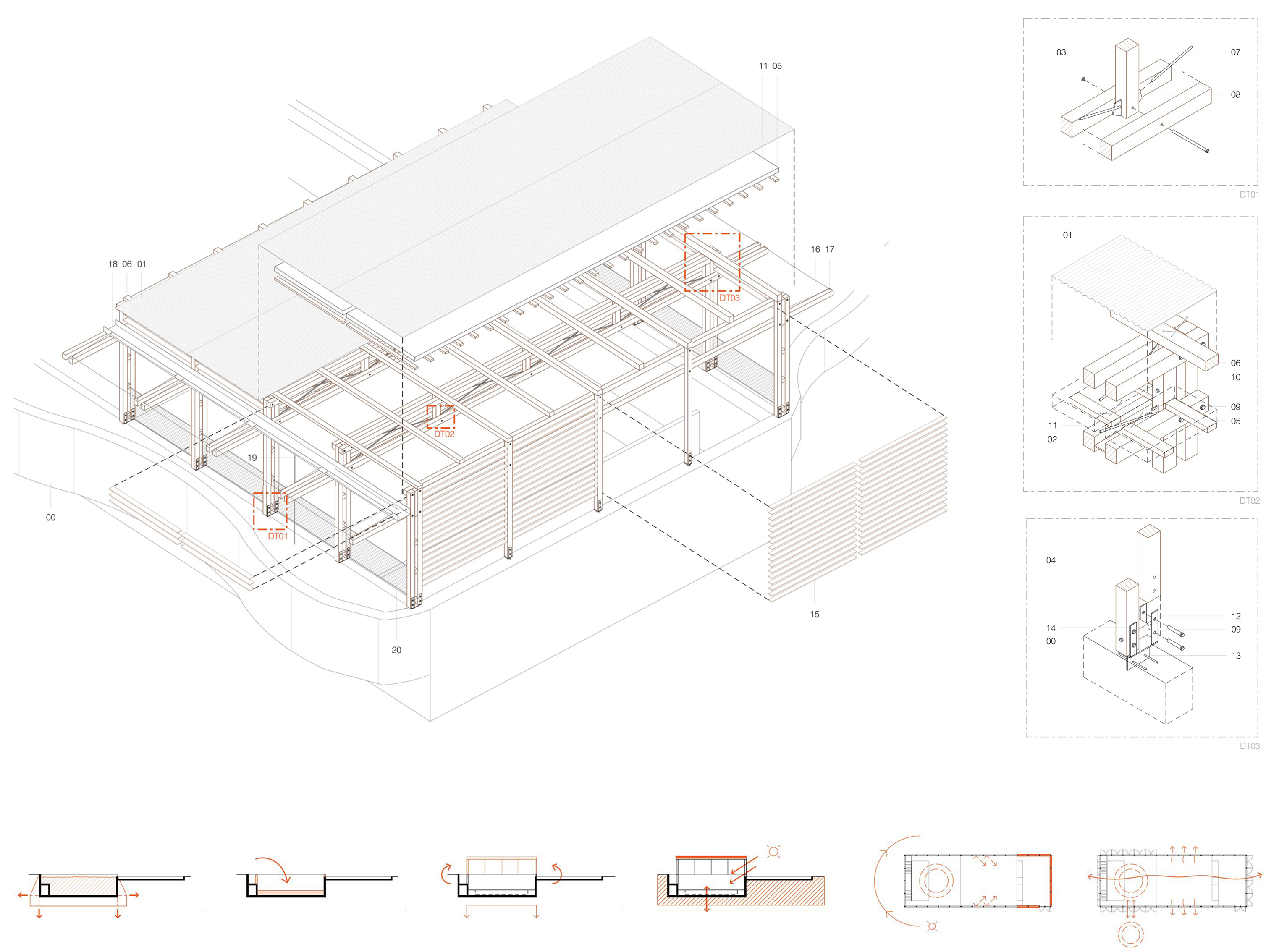 The rest of interventions try to maintain and respect the “patched” nature that the space nowadays has: the reconditioning of the football and tennis fields, the recovery of the pergola and changing rooms next to the pool and the construction of a new bar strategically located in the intersection of the four main spaces. Concerning the perimeter, it is proposed to prune the existing cypresses that surround the facility with more or less intensity depending on the permeability that it is pursued for each of its façades. 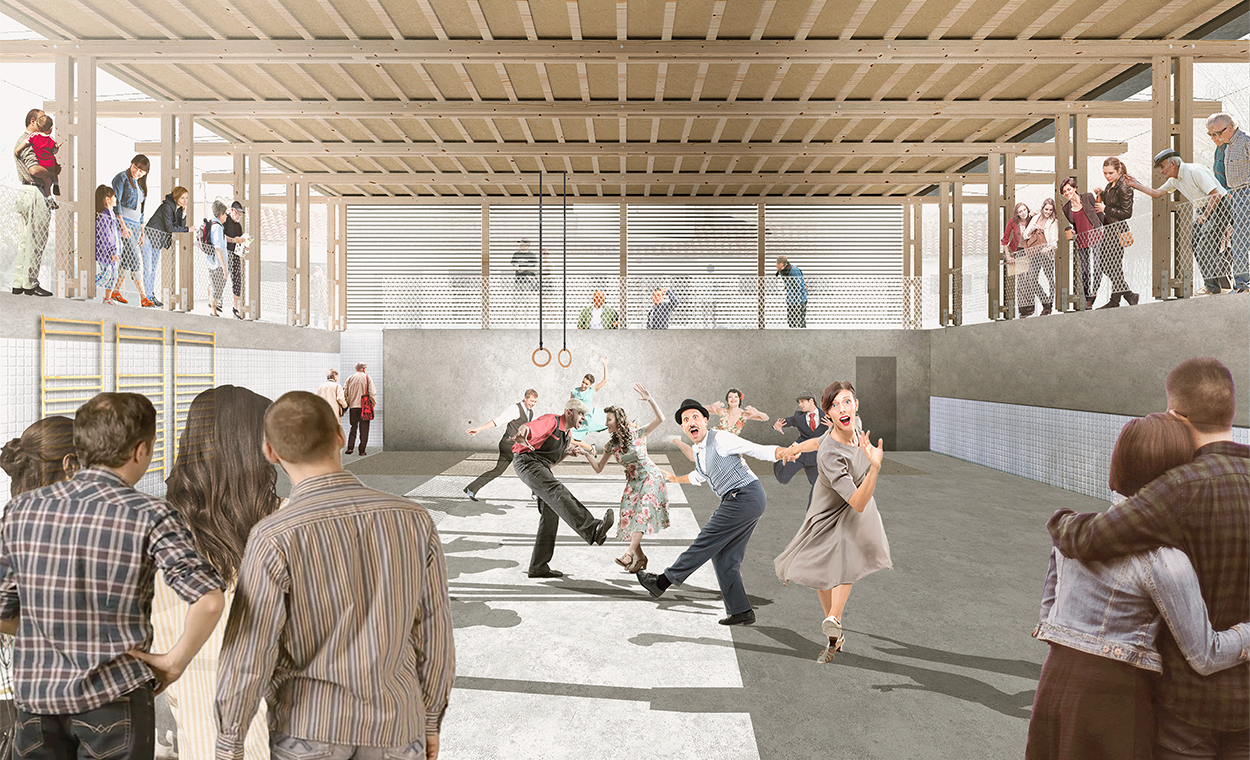