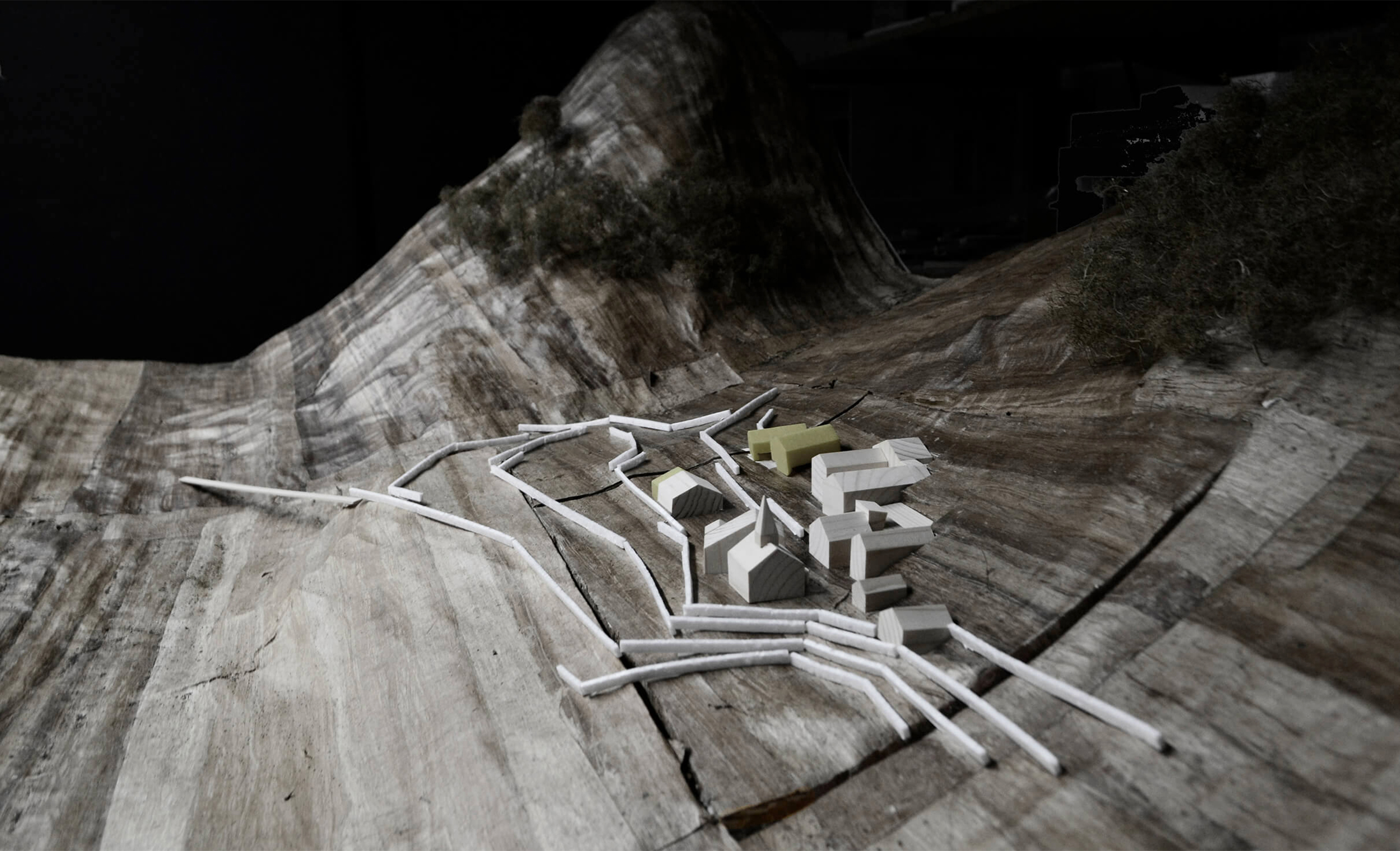 Rethinking a small village in the Swiss Alps


Arriving nowadays to Sankt Martin is arriving to an end point. Howerver, a long time ago the village was understood as the center of the valley of Calfeisental where all the Walser people that lived up in the mountains could meet. We would like to recover this idea by connecting Sankt Martin to a bigger network: UNESCO Sardona heritage. Vättis currently has a project for a visitor center, since it can be understood as the „entrance“ to the Sardona Arena arriving from Bad Ragaz. In this way, Sankt Martin and its PRESERVING CENTER would be focused on the monitoring part of the project, which has as basic aim to study the mountains in order to preserve them agains climate change. Sankt Martin will be again a meeting point, but in this case between the researchers and the visitors of the village.

Once we understand Sankt Martin not as final point but as a passing place in the middel of Calfeisental, it is important to adapt the entrance to this new situation. Moreover, there is an evident problem to deal concerning the stability of the lands surrounding the church. This leads to a solution of terraces in which the retaining walls that stop the from falling is the same element that creates a new and slow entrance to the village. They also connects the village with paths that lead to the both sides of the valley. Another important point is that the parking lot is moved to the other side of the lake in a way that cars do not disturb the experience of the village.

The intervention in the village can be summarised into three main parts. First, the addition of the new UNESCO program: two new sleeping buildings are added in the west part of Sankt Marti and a „research center“ is also introduced as a space where visitors can learn from the work carried out by the UNESCO workers. Second, the redistribution of the uses in the village. All the sleeping rooms are accumulated in the houses perpendicular to the terrain whereas the public uses appear on the „isolated“ buildings. In this way, the houses agains the terrain protect the other buildings from avalnches by diver ting the snow. Finally, it is important to mention the treatment of exterior spaces in order to give the village a notion of a whole. The use of platforms, the retaining walls that connect all the buildings and the pavements used in the lateral entrances are some examples. 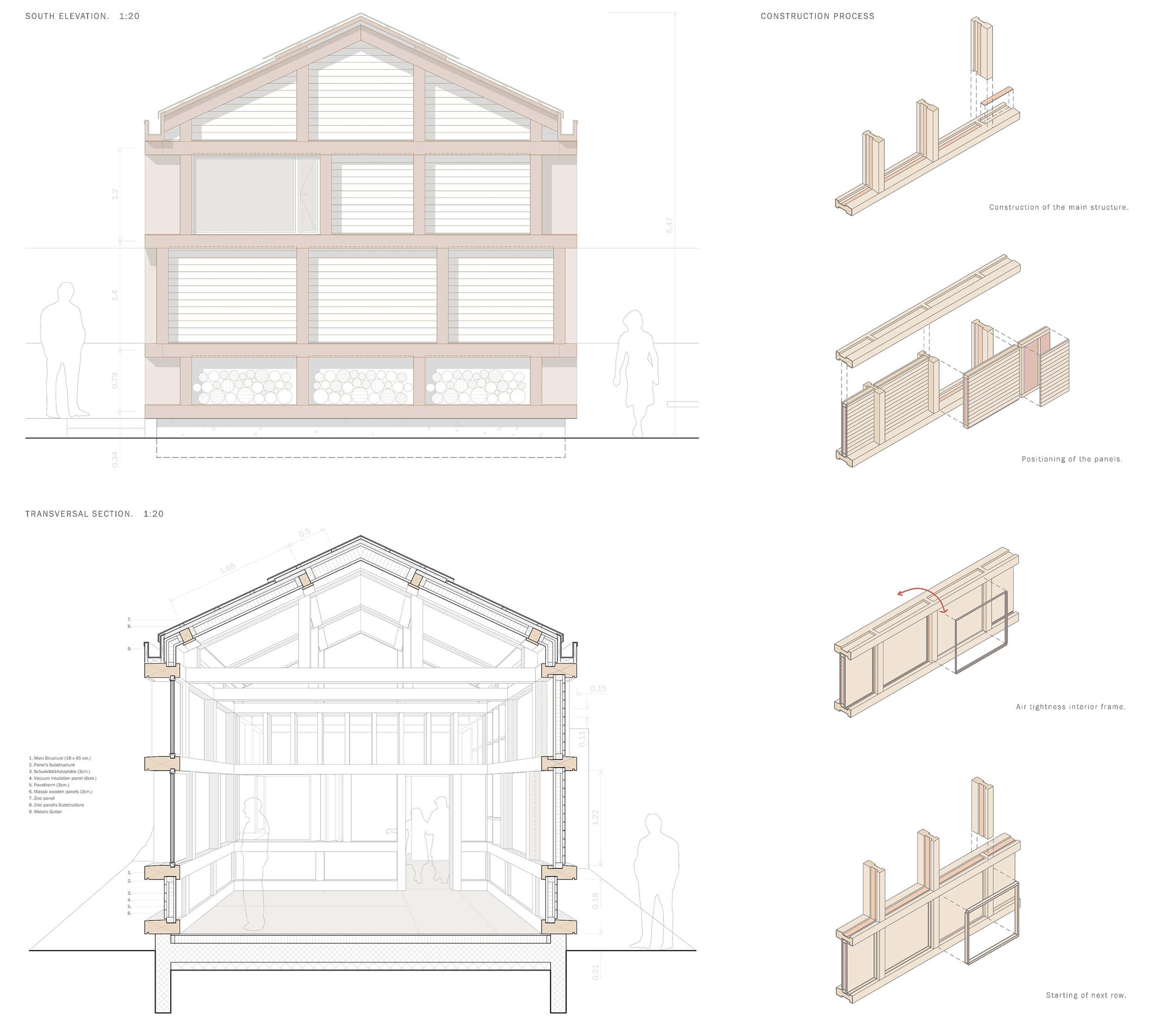 Starting from Strickbau and based on the Walser houses of Sankt Martin, the construction system proposed it has as basic aims an easy transportation of the pieces and a simple building process in site. And this leads to prefabrication. A main structure of horizontal beams and a secondary structure of ver tical pilars form a skeleton which aesthetically and functionally is constantly related to the Walser house: the layering of the beams, the openings, the corner, the gutter, the basement... This main skeleton sustains inside panels which depending on the exterior or interior conditions they adopt one form or another. Moreover, they also can be moved along the beam in order to have more storage side in the needed side. 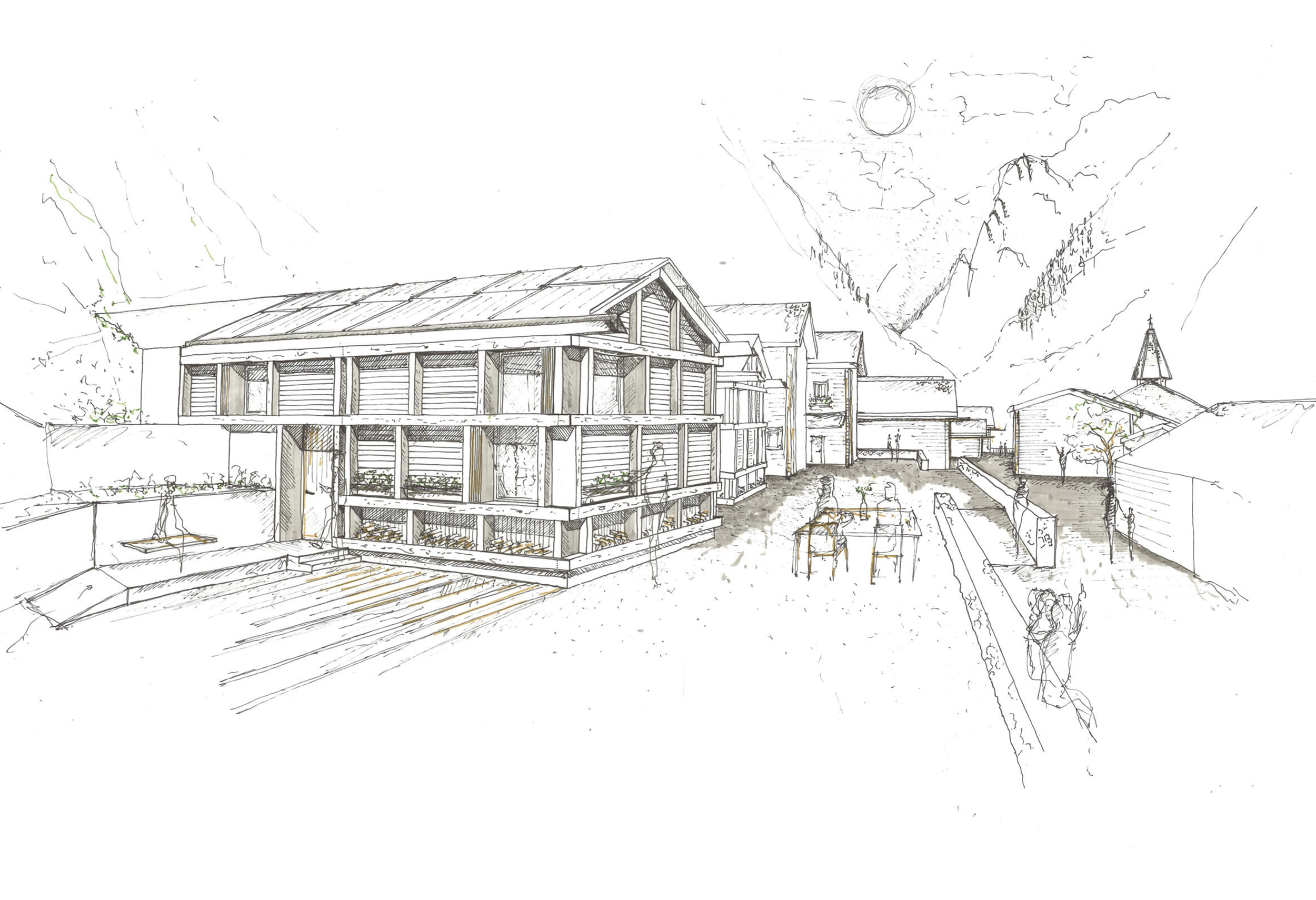