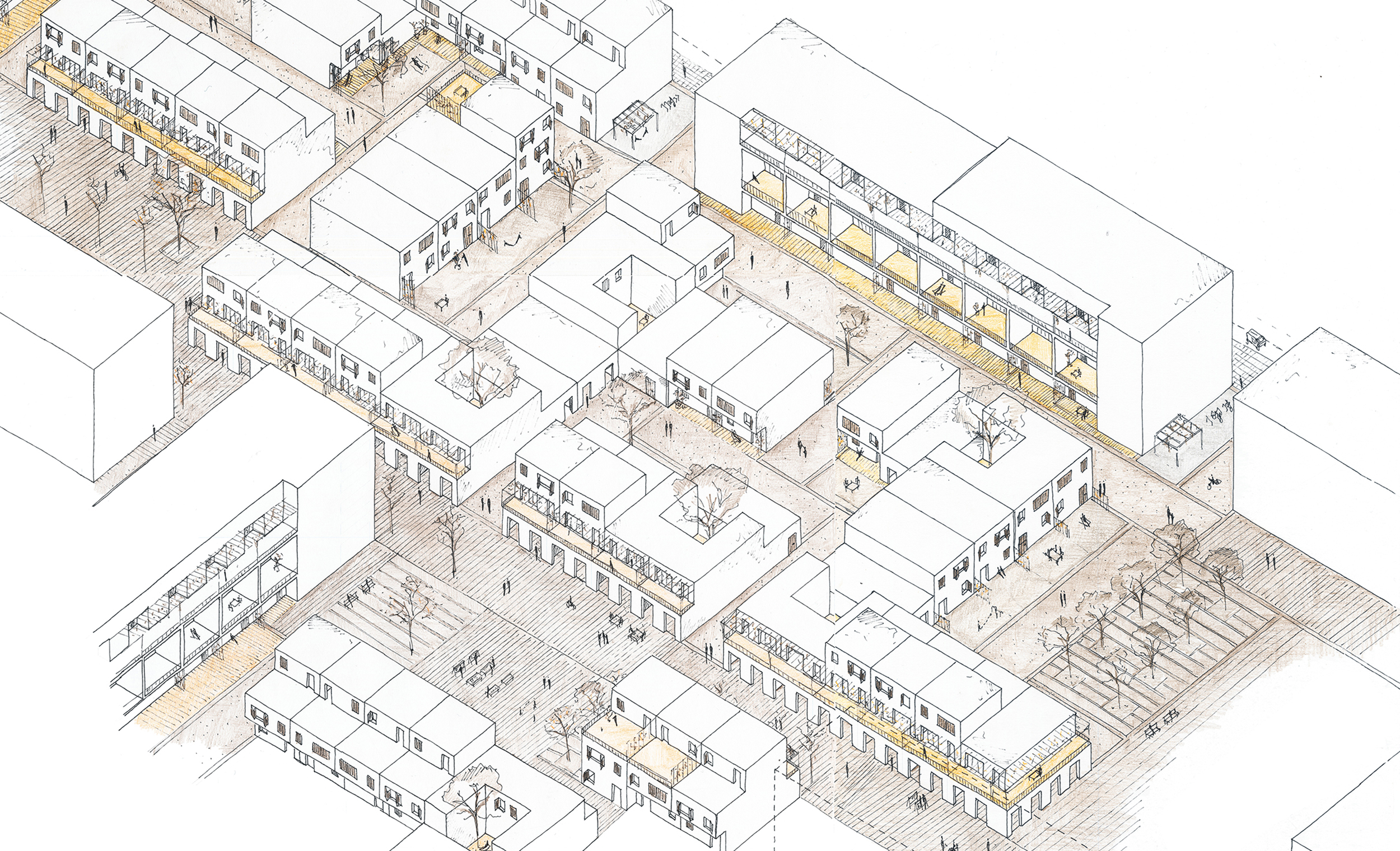 Second life for a half-built neighbourhood


Volpelleres is a clear example of which were the consequences of the last decade’s economic crisis in the residential quarters all around Spain: a neighbourhood that, due to the sudden lack of new housing demand, it had to stop its construction and stay as a half-built / half-abandoned group of buildings, streets and swimming pools. Also, Volpelleres is again an excellent example of all the shortcomings that these pre-crisis neighbourhoods had: a lack of typological diversity – there were only 5-storey housing buildings and never mixed-use constructions– and a very bad transition between the street and the private spaces – it was always a fence that separated public space from community areas -. Thus, the exercise was to think and design how this neighbourhood could be finished once the housing demand came back, and how this could happen throughout time. 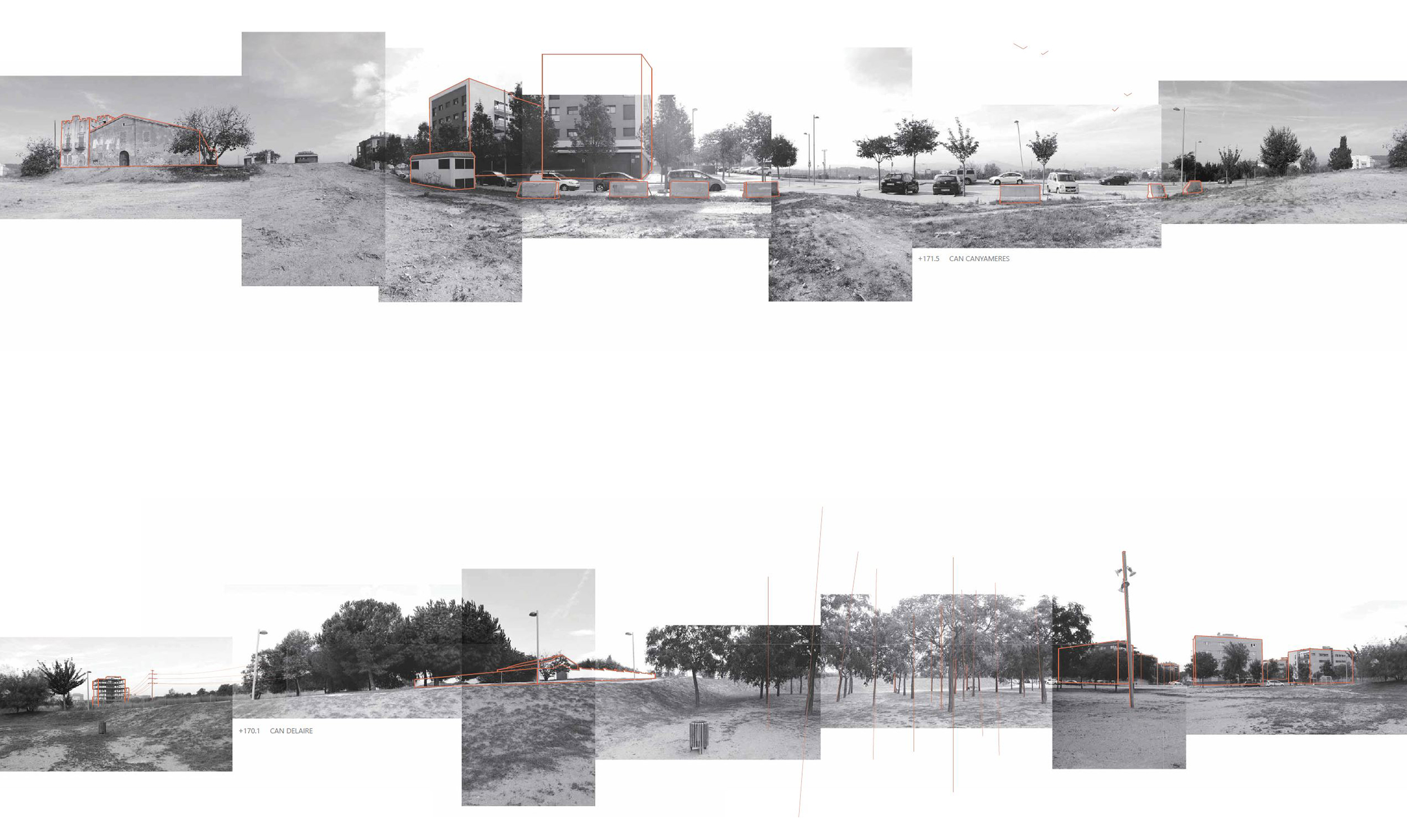 The first approach to the neighbourhood was through the three “masies” – Catalan country houses – that were located all along the area. These three buildings had many characteristics that made them particularly ideal for placing inside them the main neighbourhood facilities: topographically, they were the highest points from which you could see all the surroundings; they were equally distrusted in the territory; and finally, they had a historical and patrimonial value. Therefore, the path that would connect the three “masies” had to be an important pedestrian path where a lot of the community activities and meetings would happen. The other two main type of roads were: first, a perimeter driving circuit that surrounded the neighbourhood in order to stop cars from entering to the Volpelleres’ pedestrian centre, and second the connection roads that were located on the lowest topographical points and where the main commercial activity was located. 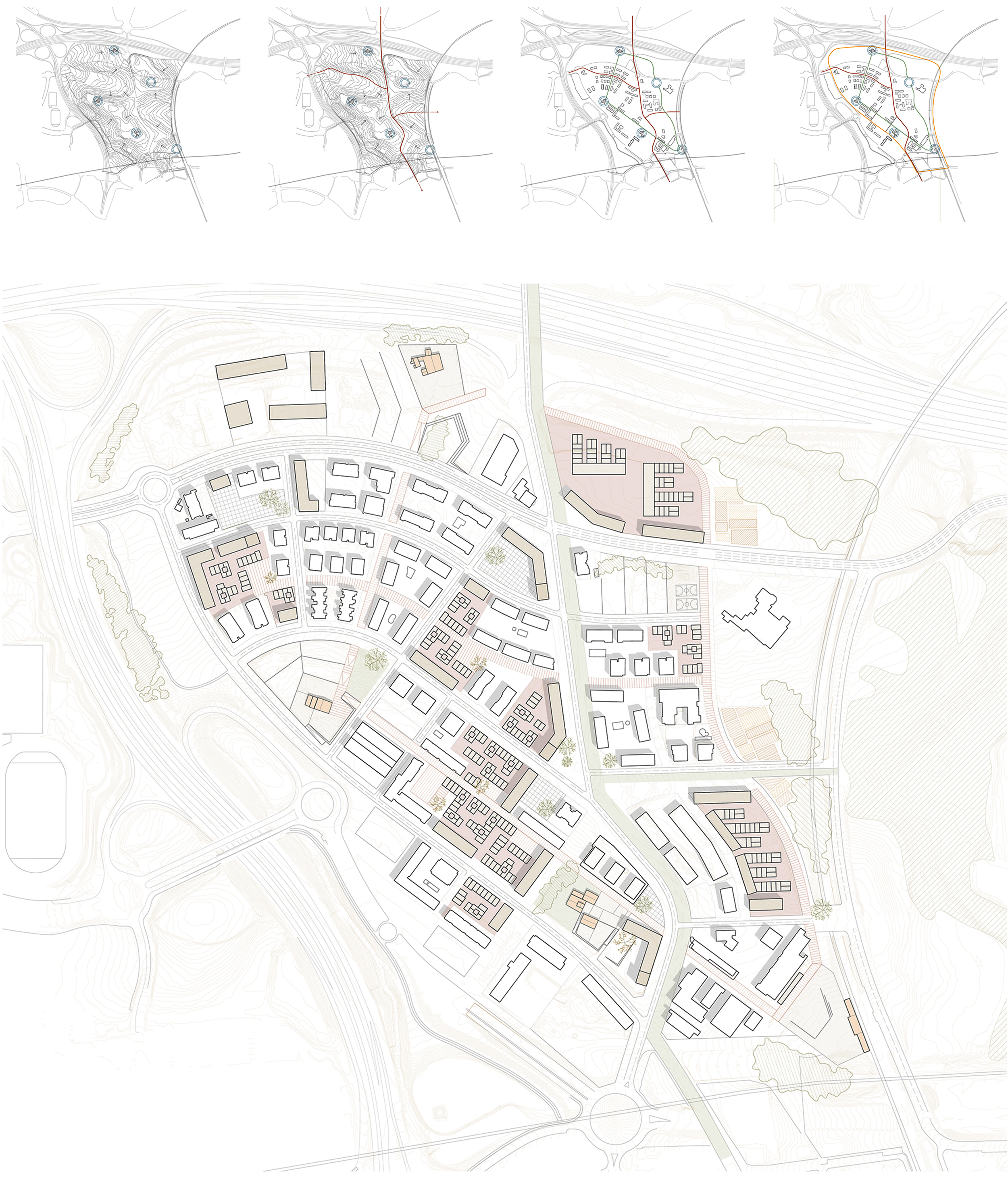 Once the three main types of roads were defined, the next step was to decide how the gaps that currently existed between the existing housing blocks would be filled. The main criteria was to place multi-storey buildings with mixed housing-office uses along the roads where vehicular traffic was predominant. This would create an acoustic and visual barrier between these streets and the pedestrian areas – the main avenue of Volpelleres is a 6-lane road that gives access to a very important highway -. The space between these buildings was filled with a low-height urbanistic expansion with medium-high density and that was strongly inspired on the mat-building system that Alison Smithson introduced back in the 70’s. This allowed to introduce a new type of relationship between public and private space at the same time that the system itself was flexible enough in order to adapt to all the different situations. 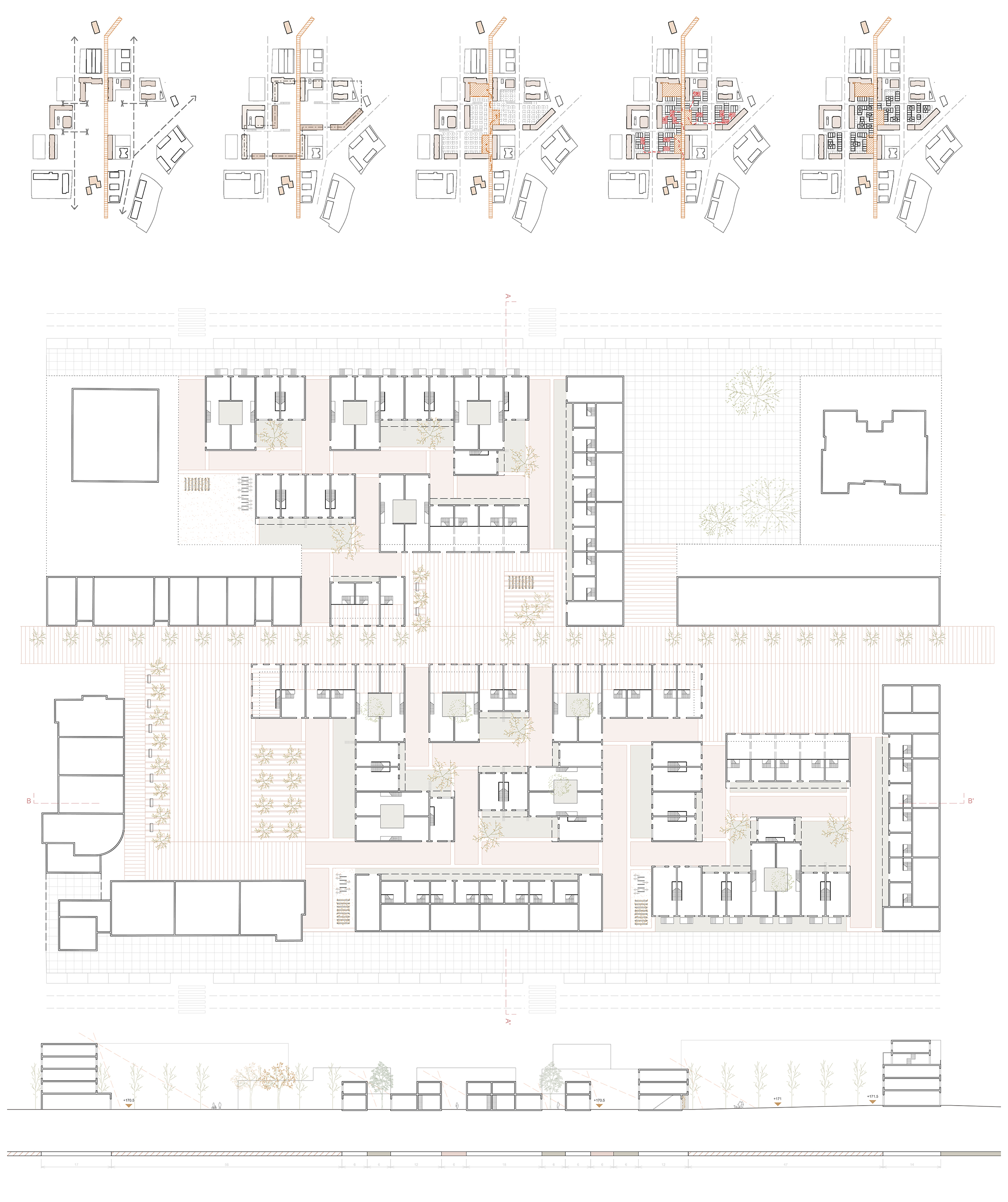 The last decision was to think on how all the new housing could be progressively built along time. The fact of being a mat-building allowed to split the construction process in as many small parts as it was needed in order to adapt to a more rational and slow housing demand. In this sense, there were some hierarchy on the urbanistic decisions: to begin with, all the houses surrounding existing buildings should be the first to be built in order to start generating connections and exchanges between both realities. Secondly, the path between the “masies” should be clearly defined so it began to have importance for the neighbourhood. Finally, the rest of the gaps would be progressively filled until it reached the desired urban parameters.